I've heard alot about Butterfinger Pancakes even before I left for Korea. I had been bugging X to go there ever since I touched down and we finally went there on our last Saturday(three weeks later...) in Korea.

It's within walking distance from gangnam train station but cabs are really cheap in Korea so we suggest that you just cab everywhere haha unless its like REALLY far away. The macchiato was too milky and lacked the coffee taste. We noticed that most tables ordered only a drink and we only realised why later on. It is because you can "remake" your drink! So you can get another glass for free! So 6,900 won is absolutely worth the money 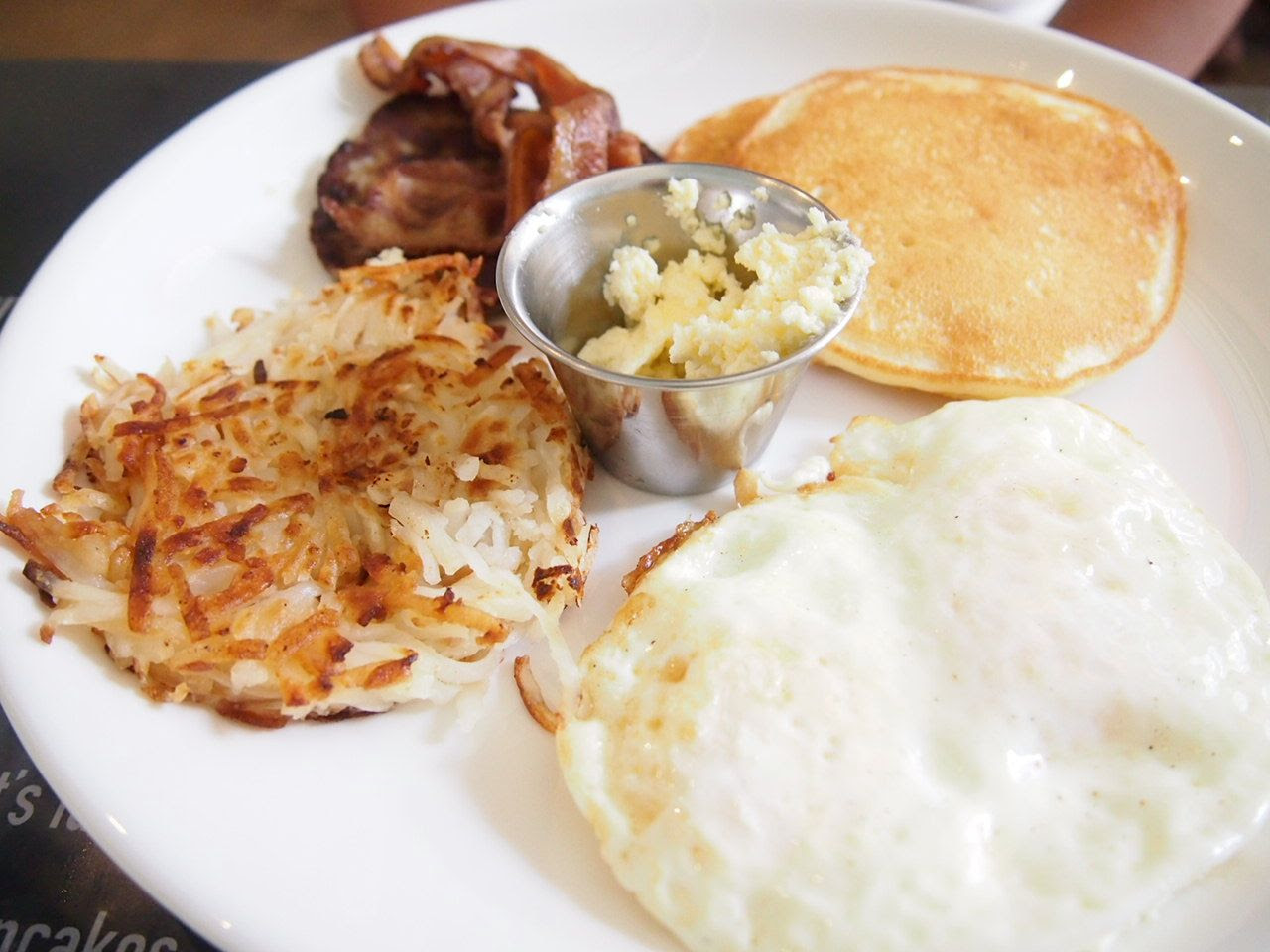 Butterfingers Favourites - 13,900 won
Pancakes, sausage patty, bacon strips, hash, eggs, butter, syrup
There was nothing exactly worth mentioning in this dish except that the vanilla honey butter was really special and X really liked the maple syrup haha 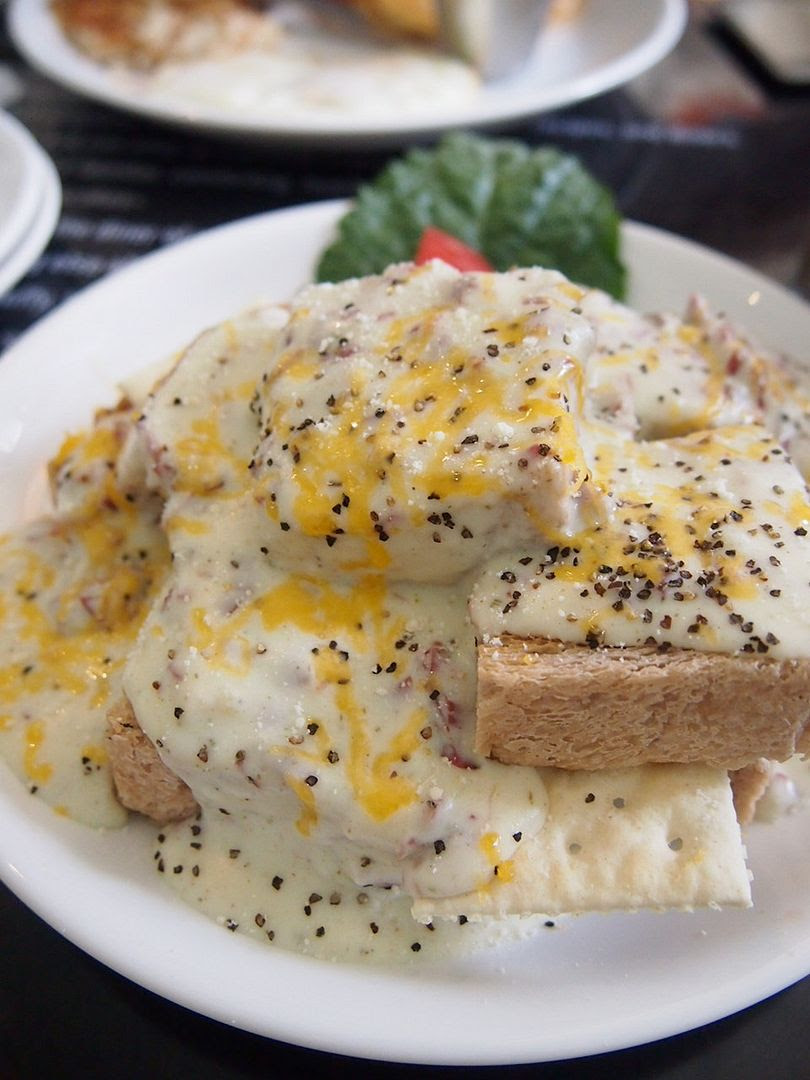 This was interesting at first but got really boring shortly. The dish lacked savouriness and I got sick of the cheese and cream after awhile. There are crackers hidden under the cream sauce so the texture of the dish was unique. The ciabatta was very nicely toasted. It looks pretty appetizing, doesn't it? Wished it tasted as good as it looked. 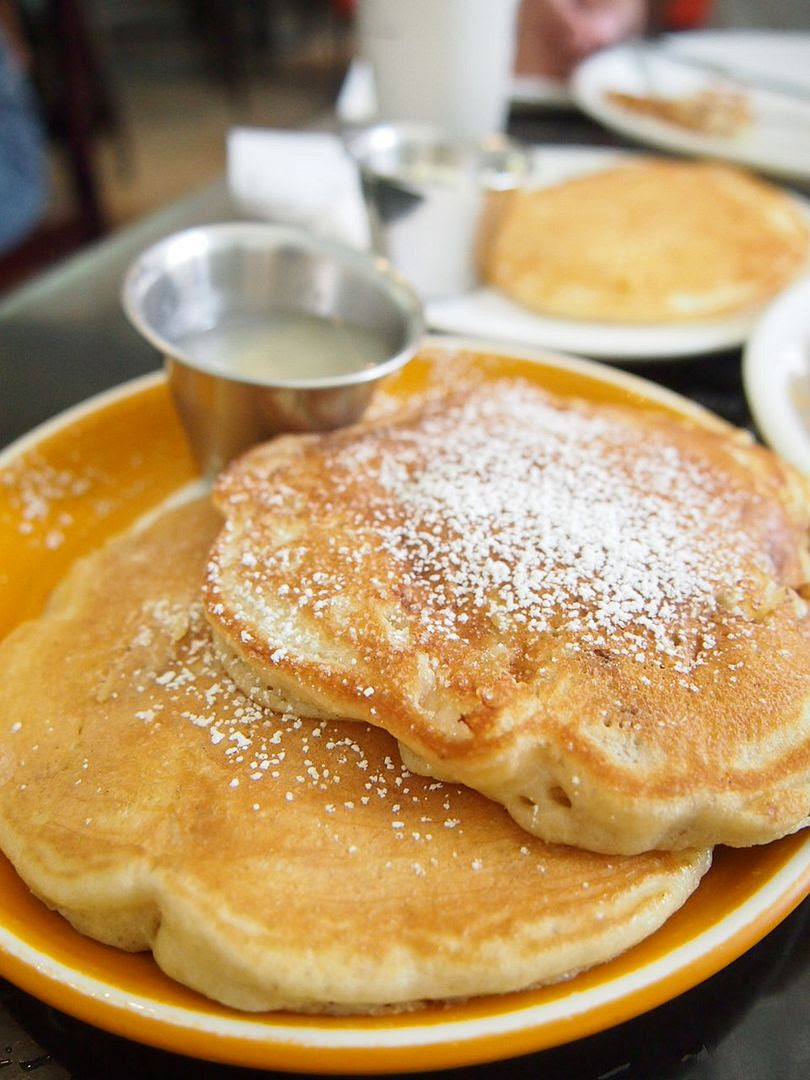 Banana and Nut Pancake - 6300 won
Thick, fluffy, soft and a little crisp. Pretty much the perfect pancake with bananas waiting for you in the middle of the little pancake heaven. It was really awesome. Even the nuts were really fragrant! For my choice of butter, I chose "I can't believe its not butter"
And all I have to say is I really can't believe that this is not butter!!!
It tasted every bit like butter. How can this not be butter??!?!

Butterfinger Pancakes is really popular and it was packed when we were there. It was however, very smoky and we reeked of oil when we stepped out of the place. The Koreans are very used to dining in such environment, especially in barbecue joints. X, hates such places though hahaha he can't stand the smell of oil and smoke and wanted very much to get out as soon as possible.

It was quite an expensive meal that didn't quite live up to our expectations.
To be safe, go for their pancakes!