Bukit Timah is home to many cafes and the charming neighbourhood has no lack of F&B options. Joining the party is Catfeine, a relatively new cafe sitting at the corner of the commercial stretch of The Hillford. An abundance of natural light streams into the simply-decorated space. You will notice a snug little corner dedicated to books and feline plushies (truly living up to the CAT in Catfeine). 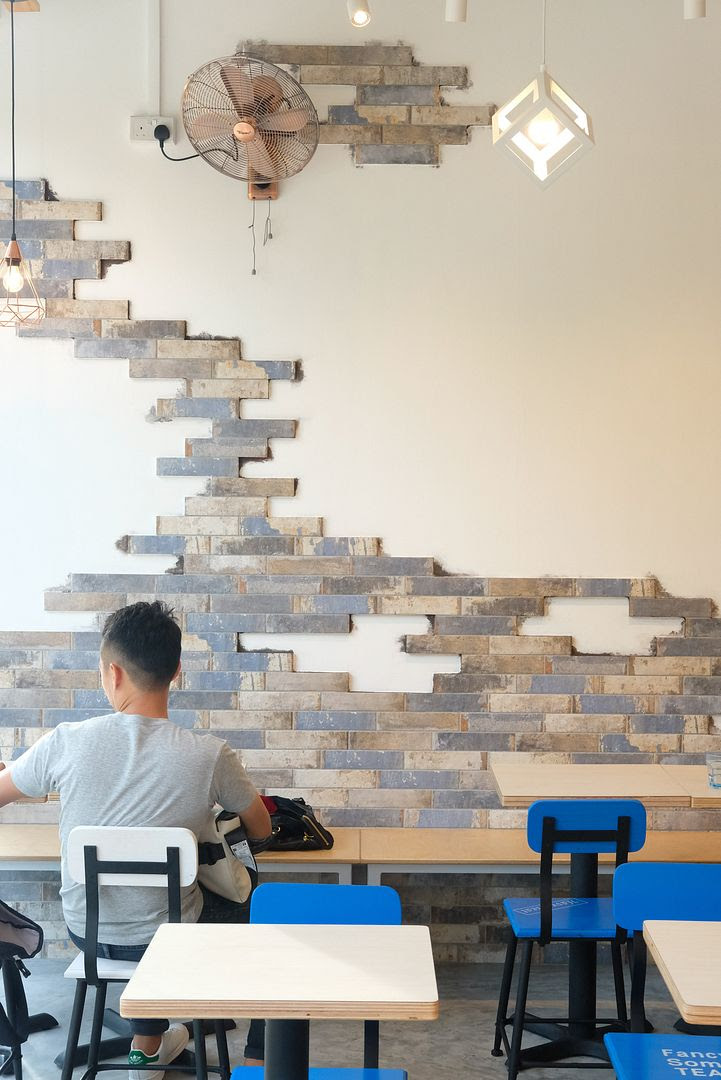 Catfeine prides themselves on their coffee, a customized blend procured from Smitten. Three different types of beans are carefully brought together to produce a decently aromatic and smooth cuppa. I had the iced latte ($4.50), which I felt could be a tad more robust, but I couldn't really fault it because the price point was more than reasonable. They have interesting floral lattes such as Rose Latte, Elderflower Latte, and Lavender Latte too. Apart from the sandwiches, and waffles, everything on the menu is sourced from suppliers. We decided on the Duck-gle ($12) which sees foie gras slices, caramel sauce, and orange zest, sandwiched between two halves of a bagel roll. I thought that the bagel was way too soft, and the entire combination tasted a little odd. 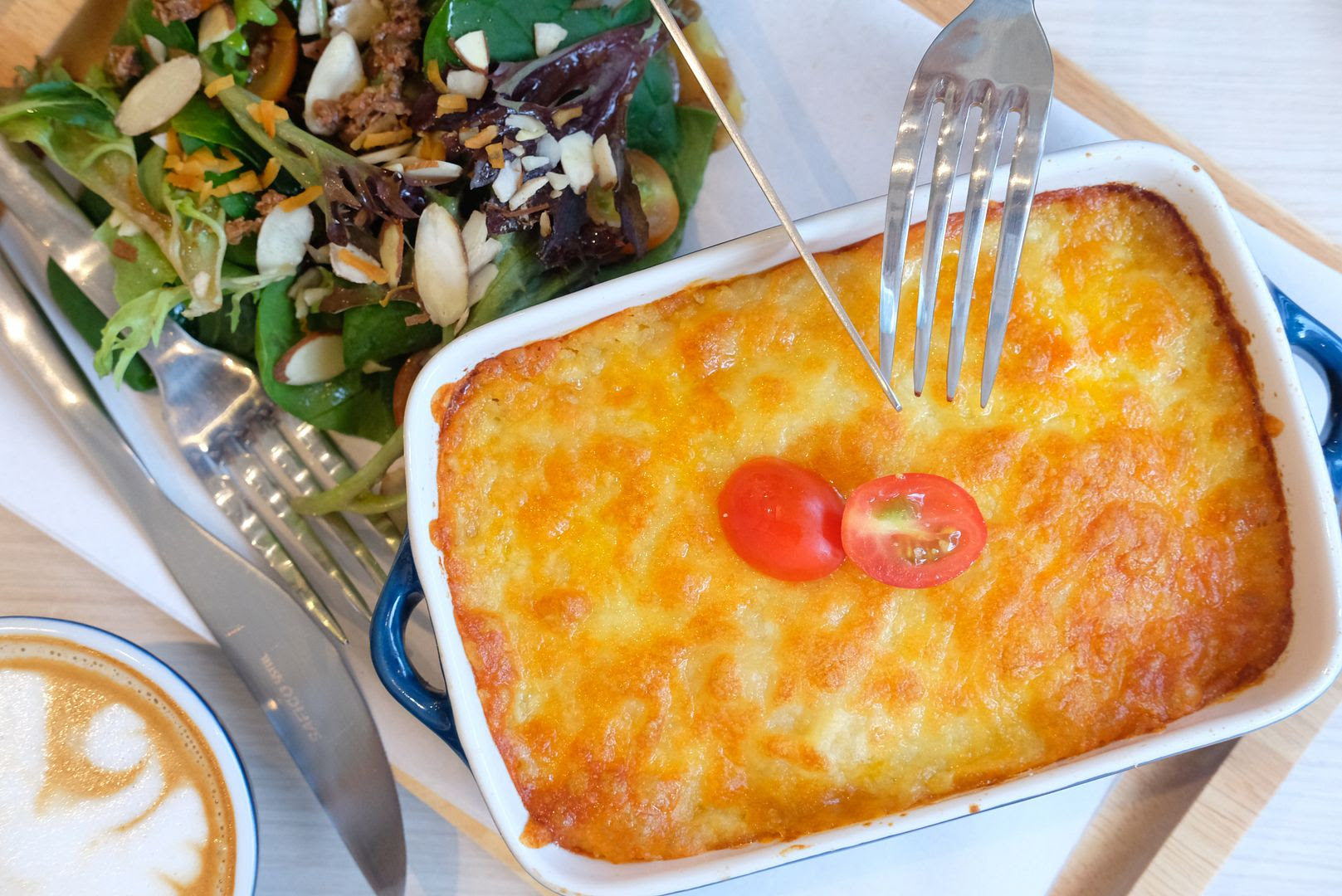 The Laksa Seafood Shepherd's Pie ($15) is a mix of mashed potato and laksa paste, studded with seafood. While it wasn't outstanding, it was still relatively satisfying. Perhaps, it's because I love mashed potato. Well, at least it was served piping hot, and there's a side of salad to complete the meal. For dessert, we went for the KayaGooyoo ($12). KayaGooyoo is a familiar term to most of us who love our kaya butter toast. As you probably would have guessed, the waffles come with kaya and gooyoo (butter), and also a "soft boiled egg" built from icecream, whipped cream and a thick slice of peach. The waffles were soft and airy, and lacked that buttery fragrance that I adore. If this is your kinda waffles, then you probably would enjoy Catfeine's waffles.

I probably wouldn't return for their food, but if I'm in the area and in need of a good cuppa joe, I might consider popping by. Catfeine is conveniently located right behind a bus stop so we would recommend getting here via public transport. Parking seems to be an issue here!