Japanese food in Melbourne is highly disappointing. I didn't find a Japanese restaurant that I will revisit until I visited Komeyui in Port Melbourne. I heard that the restaurant is frequented by many Japanese nationals. That definitely says something about the standard of the food here. After we've taken our seats, we were presented with a menu of the day, and the usual menu. I have to say that the menu is pretty extensive! Instead of the standard sushi omakase($165), we decided to pick our own sushi. Before our sushi was served, we received a little seaweed appetizer that was a pretty good cold starter. We ordered 2 pieces of each of the following sushi, before going for an extra otoro and uni because they were delicious. Tuna ($6)
The sushi rice in Melbourne is pretty bland, and more often than not, too hard. We are more accustomed to more heavily seasoned, and softer, rice, having been spoiled silly in Japan. The sushi rice in Singapore is decently seasoned, and has a better texture, and is more similar to Japan's standards. Komeyui has the best sushi rice that I've had in Melbourne thus far. It is still a tad bland for me, but I can't complain, since this is already the best. Soft Shell Crab($24)
This was a really sad portion for $24. It was essentially one small crab. 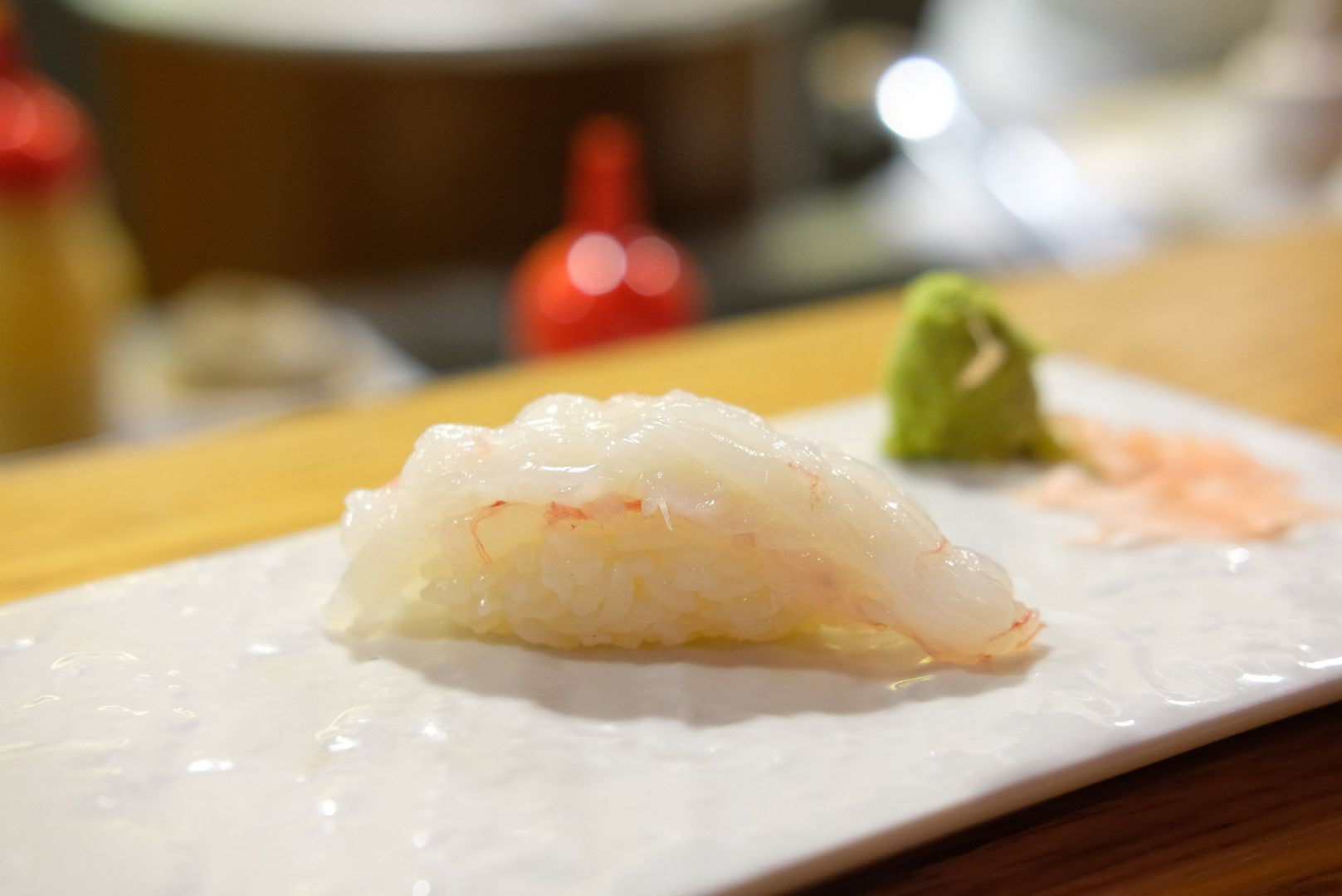 Scampi ($9.20)
I really enjoyed the prawn which was sweet and firm. 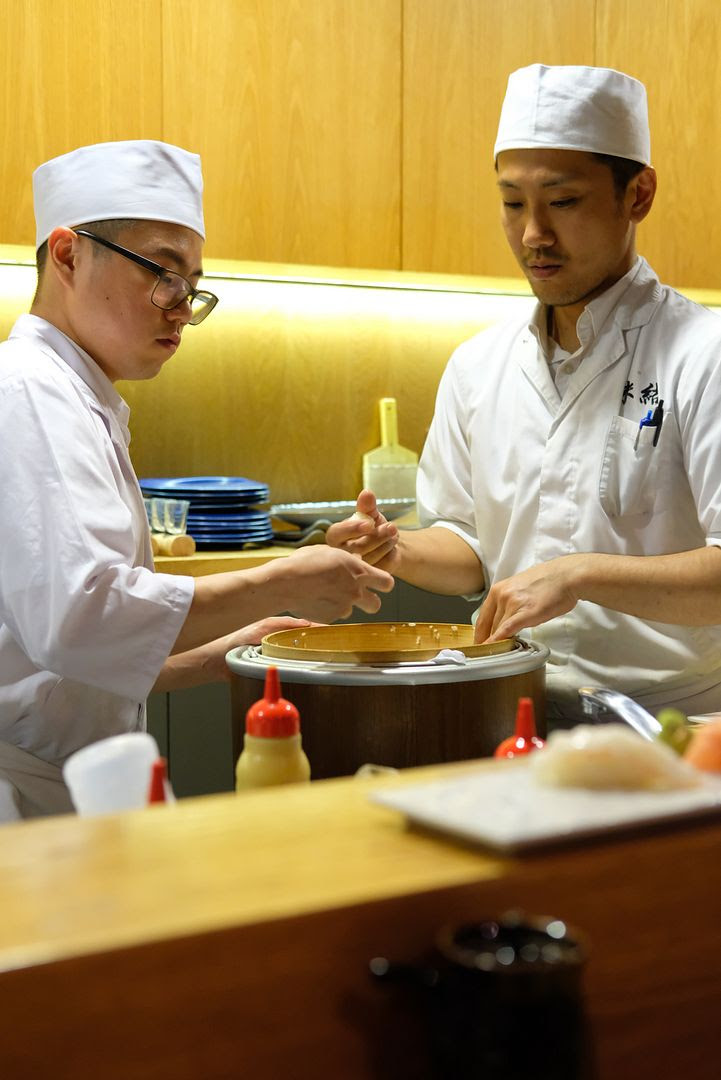 Before the start of my meal, I told the chef that I didn't want wasabi in my sushi. He forgot a couple of times, but always made a fresh one for me. They gave us a 10% discount on our total bill (not sure if it's because of the wasabi issue or).

Otoro ($15)
The otoro was just glorious and absolutely delish. The tuna was adequately thick, and exceptionally fatty. I was grinning from ear to ear as the otoro melted slowly in my mouth. So good, I had to have another! Uni ($10)
The restaurant uses Tasmanian uni so don't expect Bafun uni or Murasaki uni. The Tasmanian uni is not as sweet as the Bafun uni, and is more similar to the Murasaki uni in terms of colour. It is more pungent and not as creamy as the Japanese uni. At $10 a pop, it's pretty decent though!

Service was top notch, as you can expect from a restaurant in Japan. Will definitely be back!