We had a great day at Lotte World which is at Jamsil Subway station. It is pretty near gangnam so we decided to drop by and take a look! Gangnam is kinda their Orchard haha. We were trying to find a nice place for dinner when we saw Il Mare and X exclaimed so loudly, it shocked me. Haha apparently he had been doing research and this place was famous! So obviously, we had to dine here. They were full when we got there so we waited for about 20 minutes before a table was freed up. 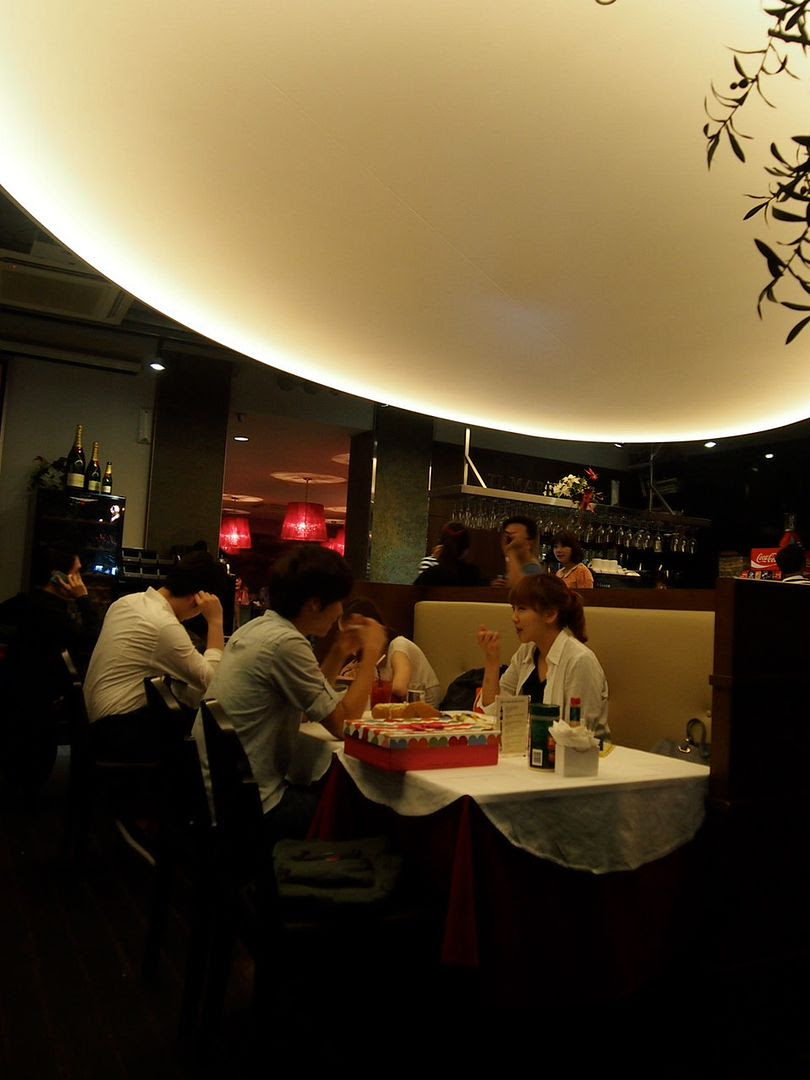 Window seats for us yay! 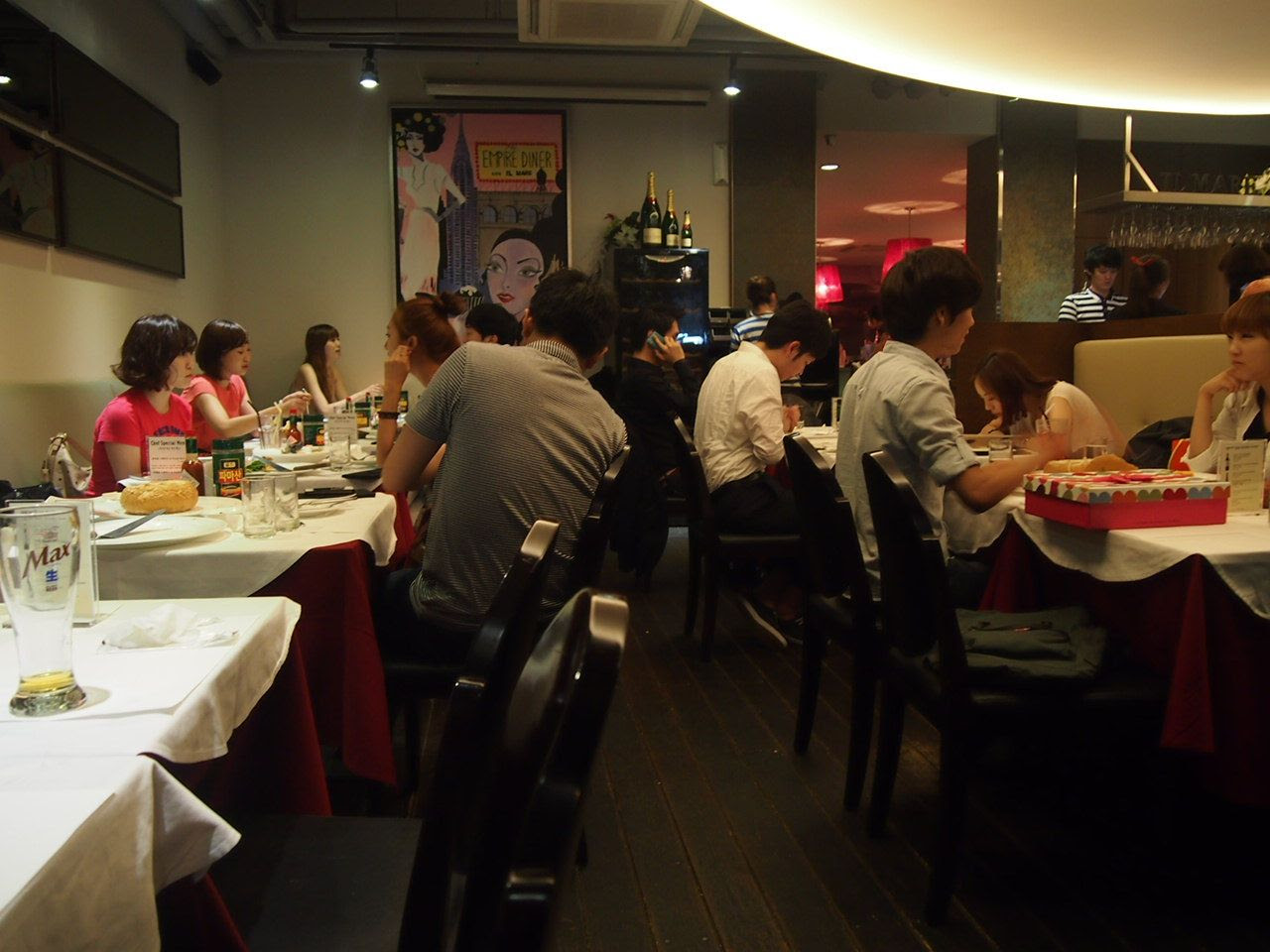 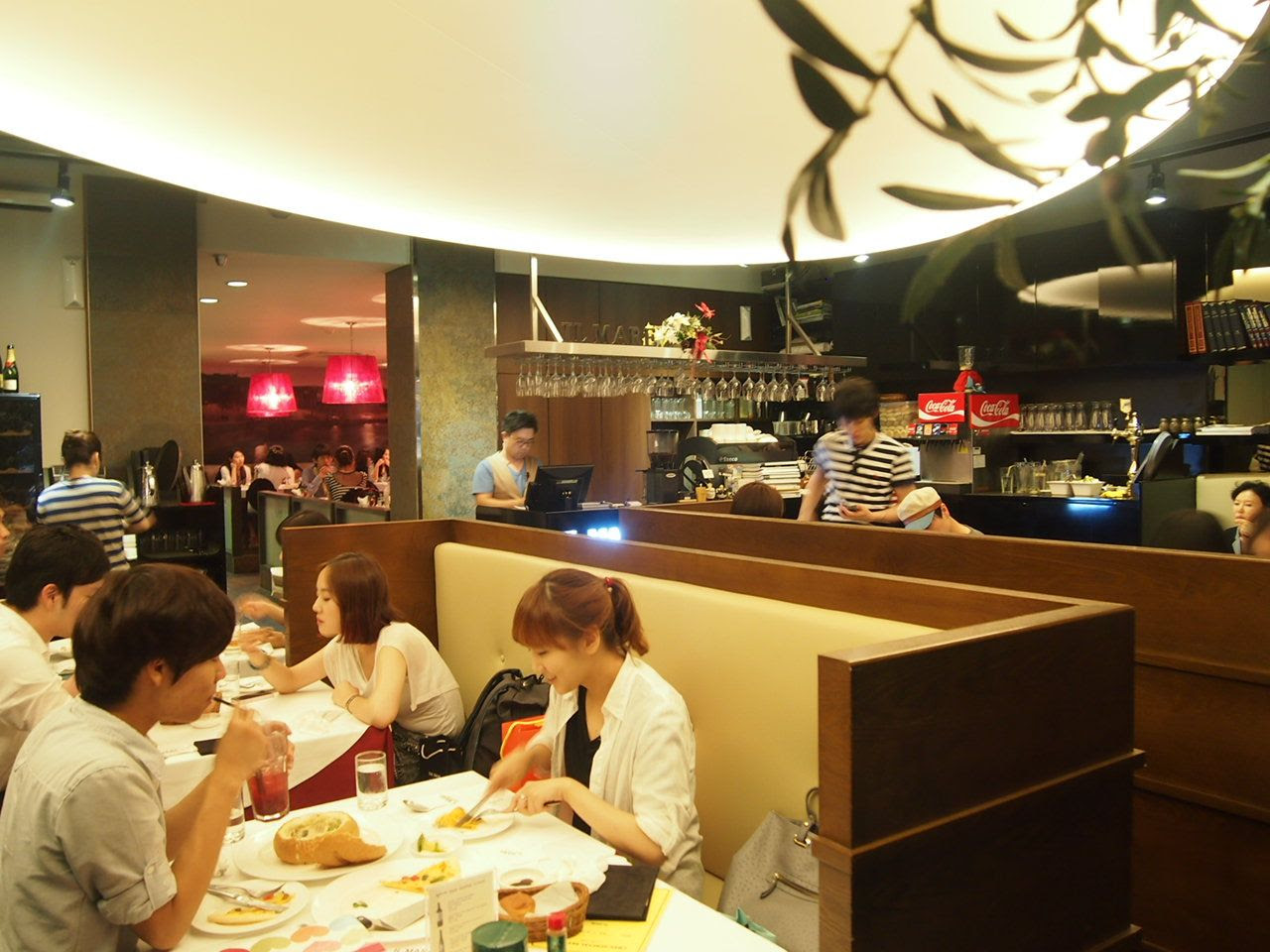 The brown bread was pretty hard and wasn't really nice so we didn't finish it. The other bread, on the other hand, was extremely soft and yummy! Mushroom soup
This was of the right thickness, not too creamy and really palatable! Oven-baked seafood spaghetti in tomato sauce
As this was oven-baked, this dish was extremely hot when it came. And it remained hot for a long time. Haha so I took really long to eat it. The portion was pretty huge and it tasted not bad. There was too little seafood though Seafood spaghetti in carbonara
The cream sauce which was infused with white wine was really good! It wasn't creamy and was smooth and tantalising. The pasta was well-cooked too. Although the portion was a little small for this, X definitely enjoyed his pasta! Chocolate fondant
This was a really small lava cake. When we cut into it, we saw a smooth lava centre which got us excited but it wasn't flowy so I was a little disappointed. Haha. The cake was not spectacular, but definitely above average.

Overall, it was a good meal at Il Mare! We spent about 35,000 won I think? Really cheap for what we had! Also, service was efficient and the staff were attentive.

The only thing was, we realised that there was an Il Mare 5 minutes from our place after we got home HAHAHAH. We went all the way to Gangnam when we could have eaten at Il Mare in Hongdae.

To get to Il Mare in Hongdae, alight at Hongik University Subway Station. Proceed to exit 9. After reaching the top of the flight of stairs, walk straight all the way till you come to a pedestrian crossing. Then, turn left. Its opposite Starbucks Coffee, on the second level!

There's also an outlet at Doota in Dongdaemun!

178 Dog-Friendly Cafes & Restaurants in Singapore for a Pawfect Date