The Flying Pan is a popular brunch spot in Itaewon! By this time, we've gotten addicted to the use of taxis because it is really cheap. Haha so we took a cab from Hongdae to Itaewon. The Flying Pan is extremely easy to locate as it sits in the popular food street where there are numerous restaurants. 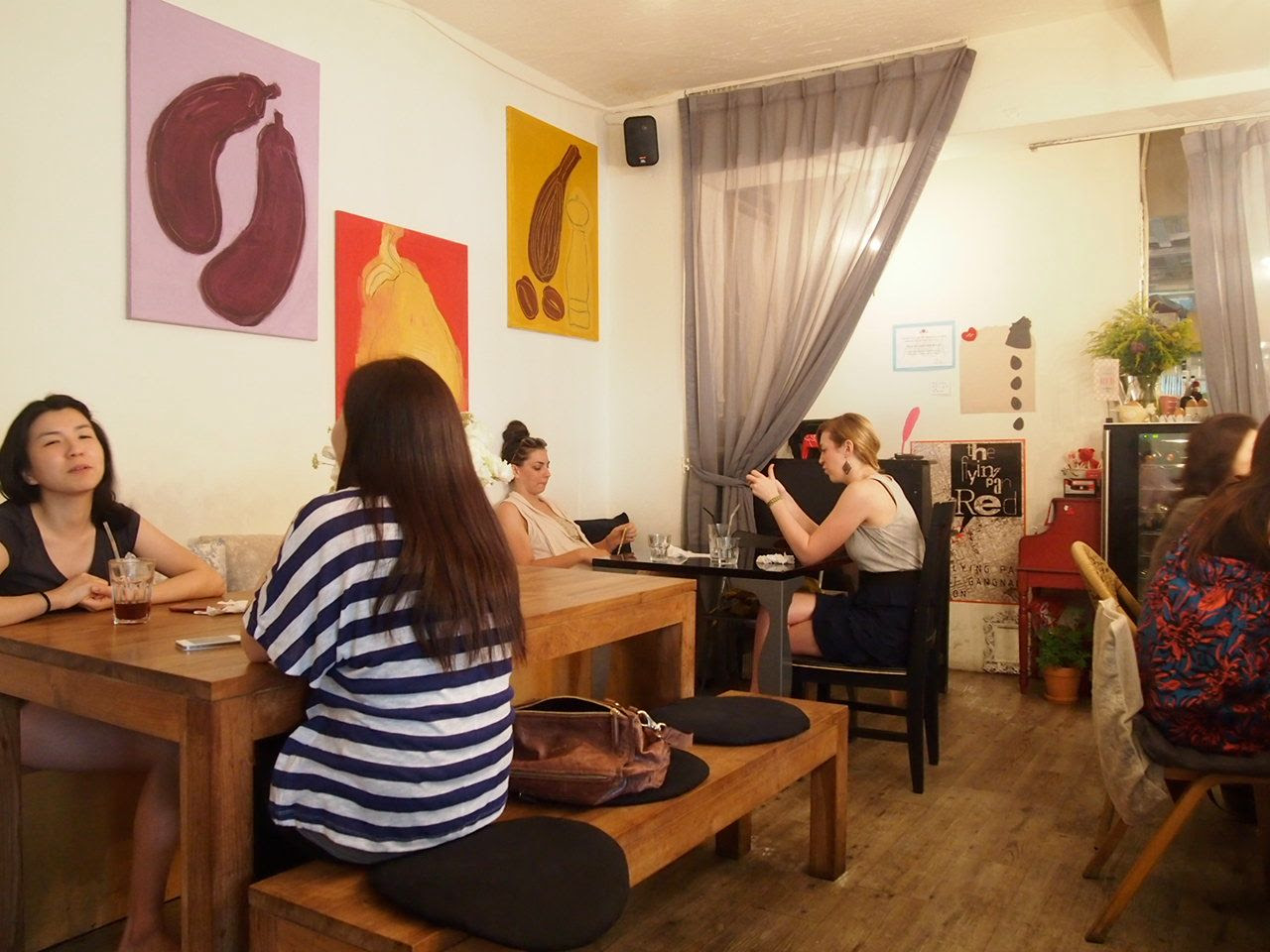 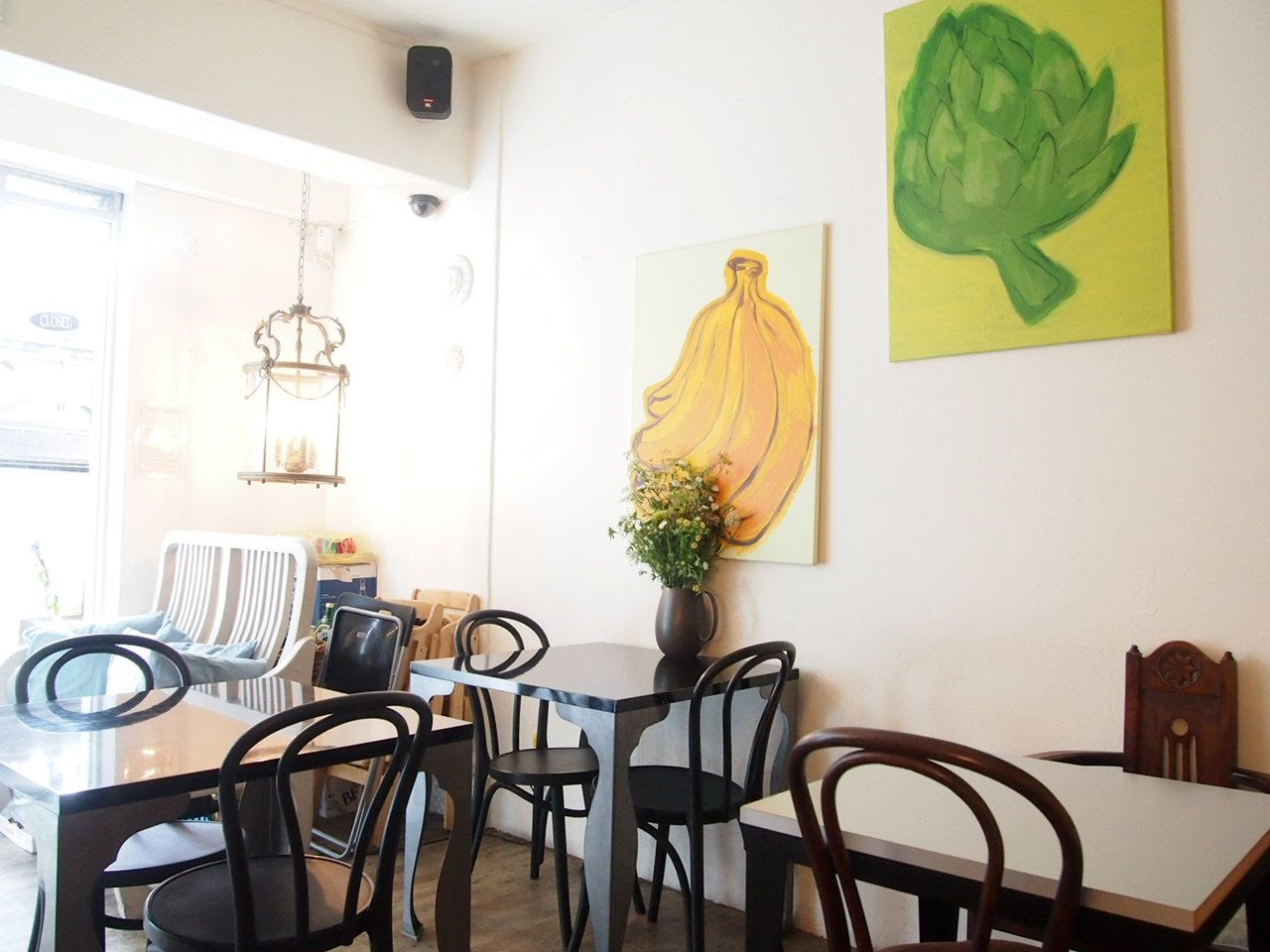 Iced Maple Latte - 7000
I could hardly taste the maple. Even though the coffee was pretty sweet. But there was a strong taste of cinnamon. 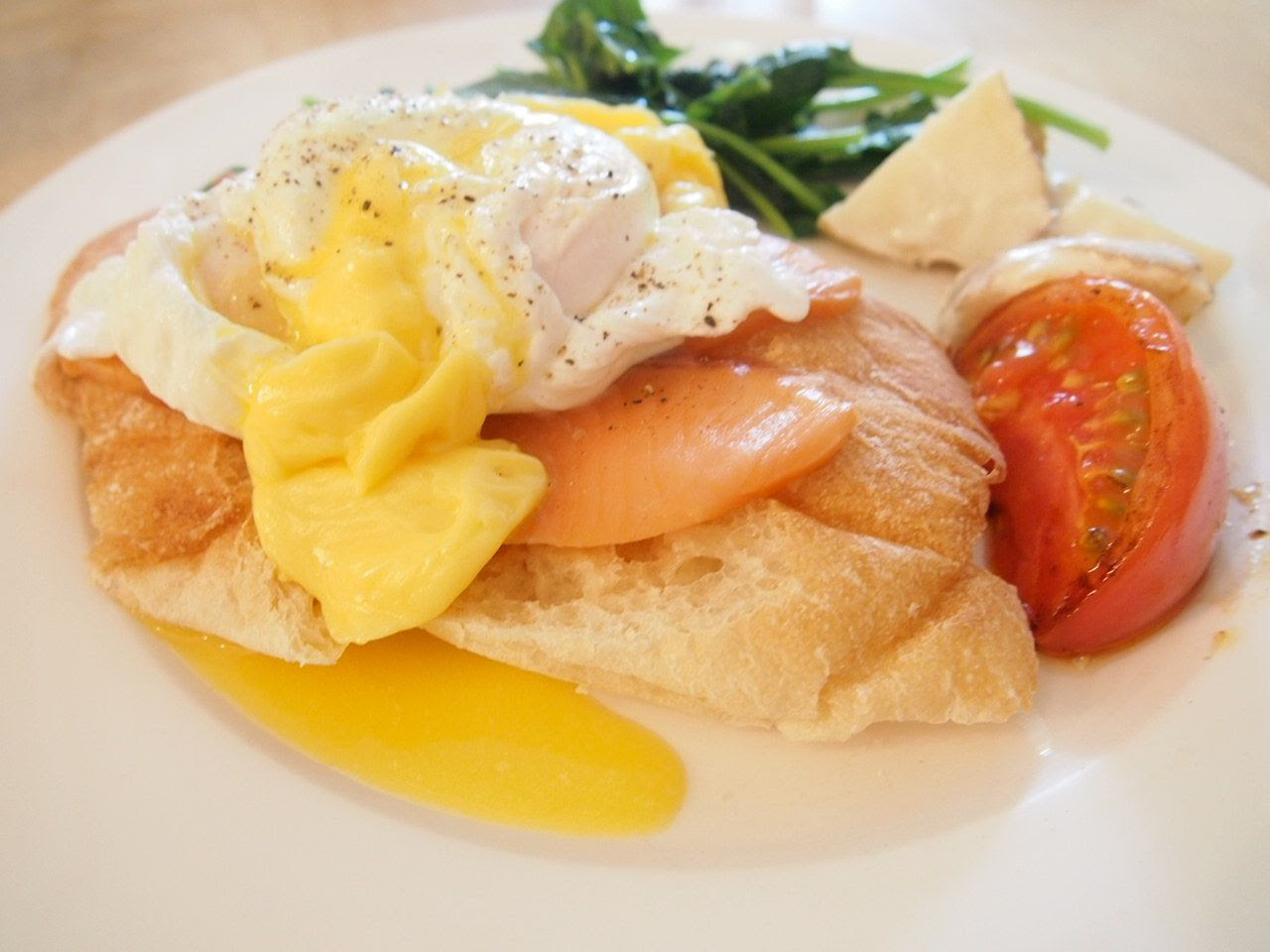 Eggs Royale - 16,000
The poached eggs were not exactly well-cooked. One egg was slightly runny while the other was not runny at all. The butter was really delicious and the bread was fragrant and yummy. The 2 pieces of smoked salmon were huge! This dish comes with potato salad(behind the tomato) too! The portion is really big compared to what we get in Singapore! I really enjoyed it despite the eggs haha The Flying Pan Breakfast - 16,000
Look at the pile of mushrooms haha. They were soaked in balsamic vinegar which was interestingly yummy initially.  The bread was unavoidably soaked in the balsamic vinegar too, and the fragrance of the bread was masked sadly. The sourness of the vinegar became overwhelming after awhile. This dish comes with greens, tomato, and potato salad like the Eggs Royale.

Brunch at The Flying Pan is not exactly cheap but I feel that it's pretty worth the money for the taste, uniqueness and portion. Also, the menu is pretty extensive. They have pancakes and french toasts too. Would give it a shot again when I return to Korea!


13 Itaewon-ro 27ga-gil, Itaewon-dong, Yongsan-gu, Seoul, South Korea
Directions:
From Exit 2 of Itaewon subway station, walk straight for a few metres and make a left turn once you come across a turning. Walk up the slope and you'll see the restaurant on your right, shortly.