Late to the party, but at least I'm finally here! Kinda waited for all the craze to die down first before making a trip here. Popped by for brunch with Derrick and Charleen on a Sunday afternoon and I was honestly shocked to see the place empty, save for a blogshop holding a photoshoot. I'd expected this place to be packed to the brim, especially with all the publicity that it had had and its celebrity owners. 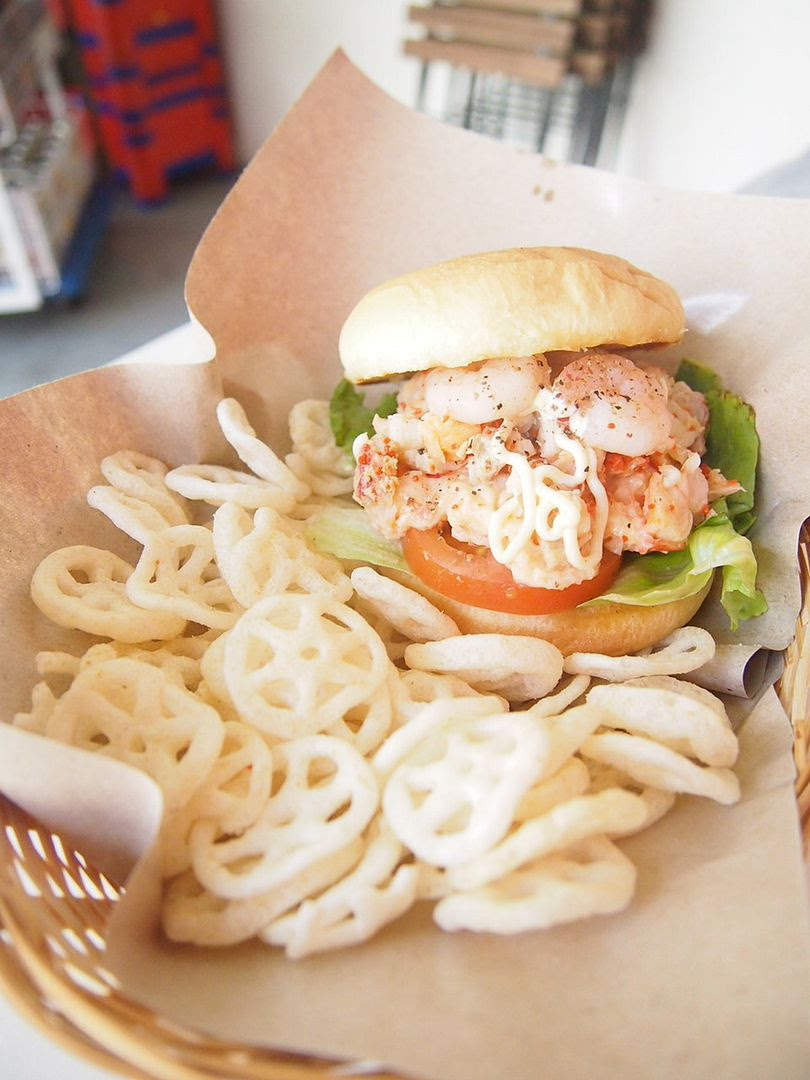 Happy Peppy Lobster Burger - $16.90
Those crackers got us swooning a little. Nostalgic, don't you think? The lobster burger was kinda a letdown. Not exactly tasty, and not exactly filled with adequate amount of lobster meat. A couple of prawns were present yes, but we were seriously digging for some lobster. Also, those buns were rather dry and hard. This could definitely use a little work Okaasan Waffles - $4.90
This impressed more than I thought it would. Seaweed chicken sandwiched between crispy waffles, topped with takoyaki sauce and bonito flakes? This had me at hello. The entire combination was quite the flawless one, if you ask me. Not forgetting the tres affordable price tag! Definitely the best item that we had and something that I'll recommend if you're visiting! Otah Roll - $7.90
Bread roll with grilled Muar Otah that garnered no praises from any of us. I personally felt that better quality buns could be used and the general consensus was that the otah could be spicier

I also had the Peanut Prince ($4.50) which was an icy pairing of icecream blended with crushed peanuts. Acceptable but not an item that I'll order again for sure.

The Mama Shop has a unique charm with all that old school vibes and decorations and its location in the secluded Old Police Headquarters did make it all the more attractive and appealing. It is actually pretty near the train station but I really dig that whole hidden thing it has going on. The food can certainly be improved though