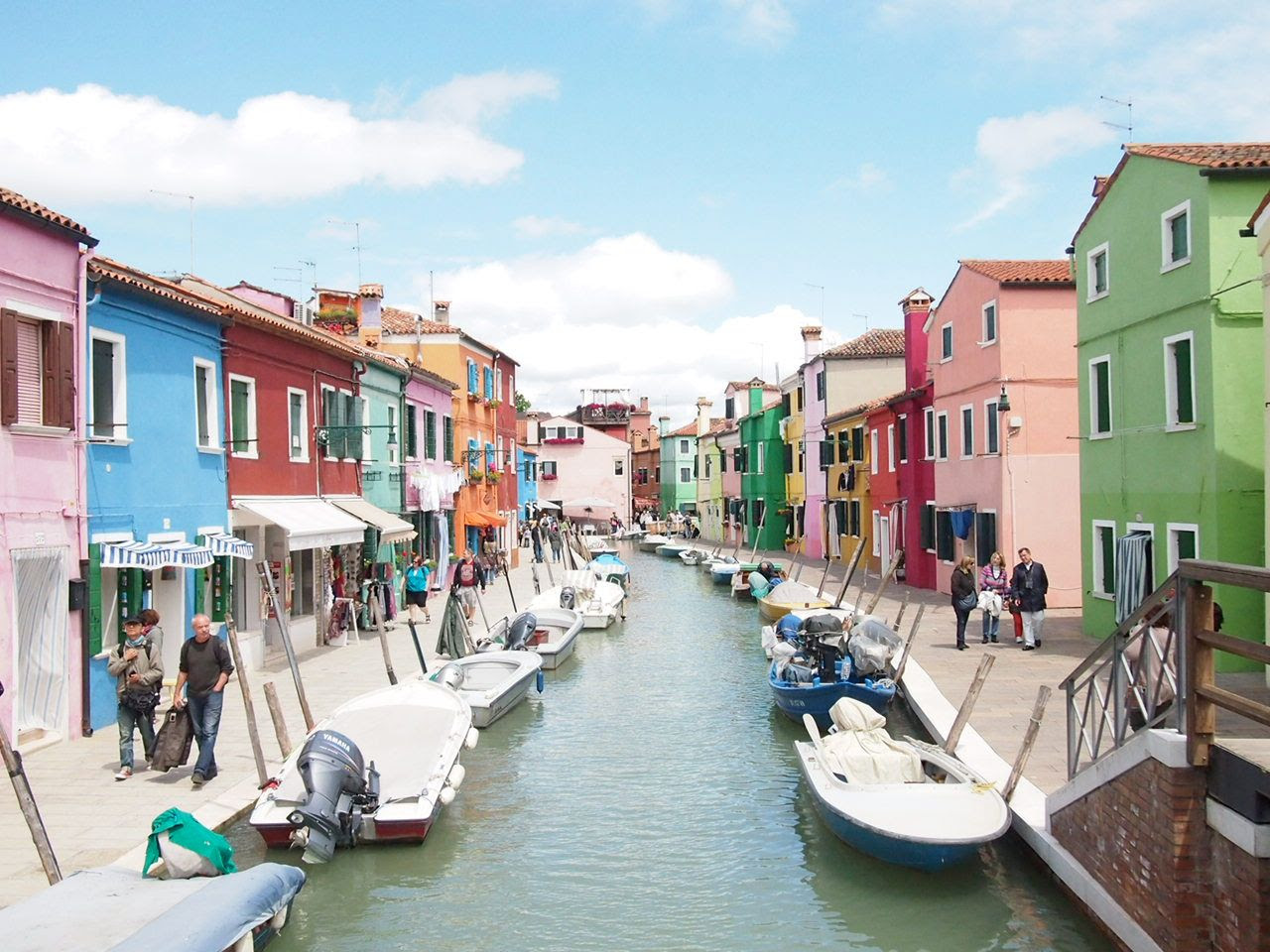 X planned an early day and he refused to tell me where we were going except that we were going to eat the best risotto. So we headed out pretty early and took the water taxi. After quite a long ride, we finally arrived at Burano! I was so mesmerized and so happy! X knows that I love colourful things and he knew that I'd love this place. I was really surprised and elated. Burano is insanely pretty! 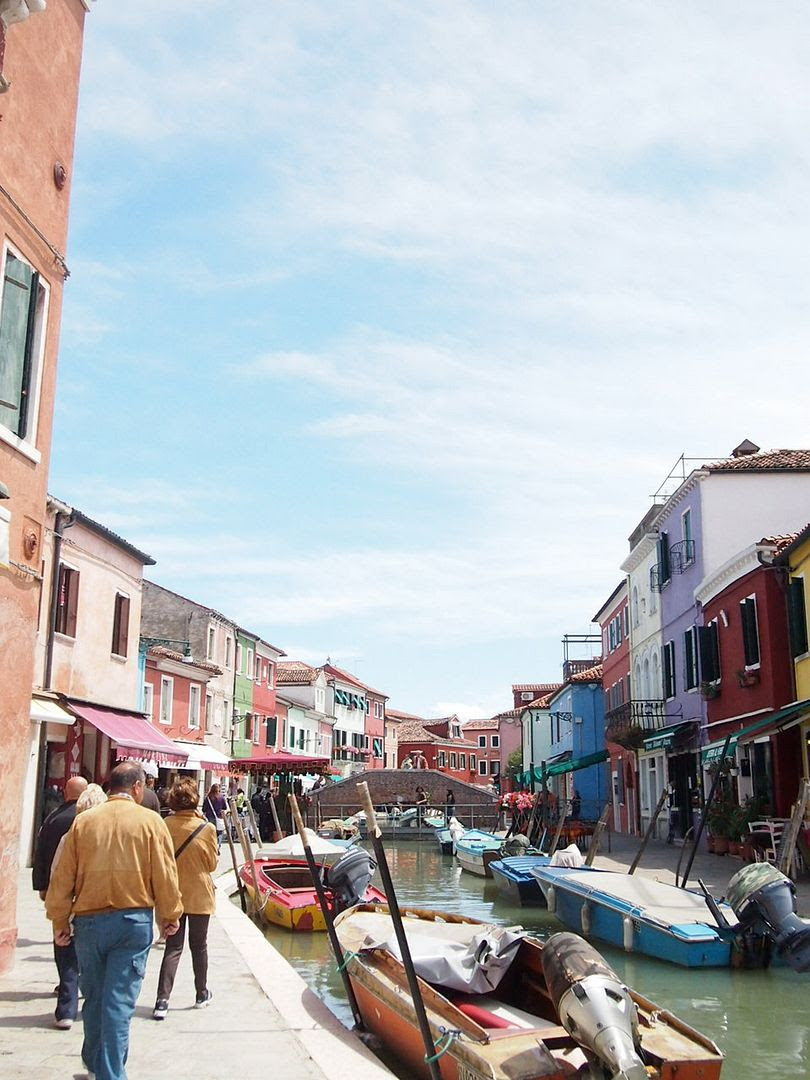 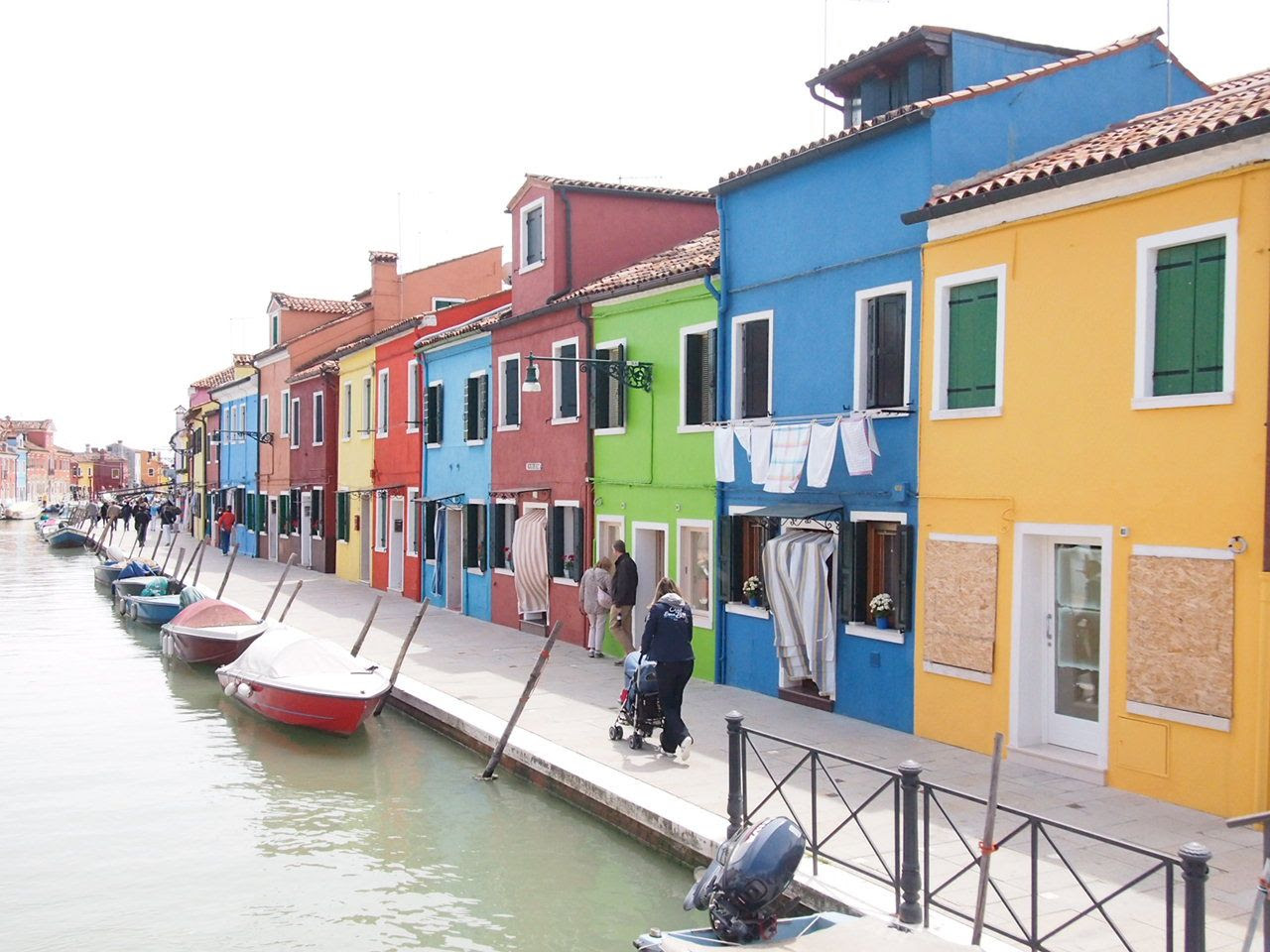 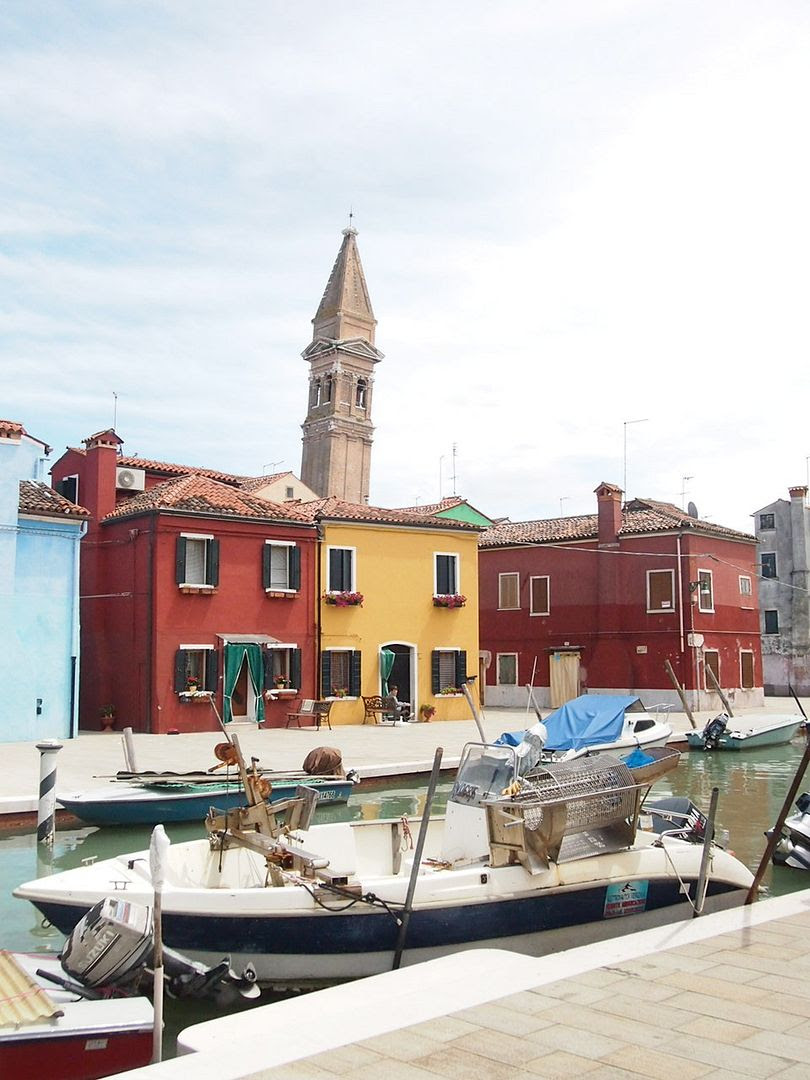 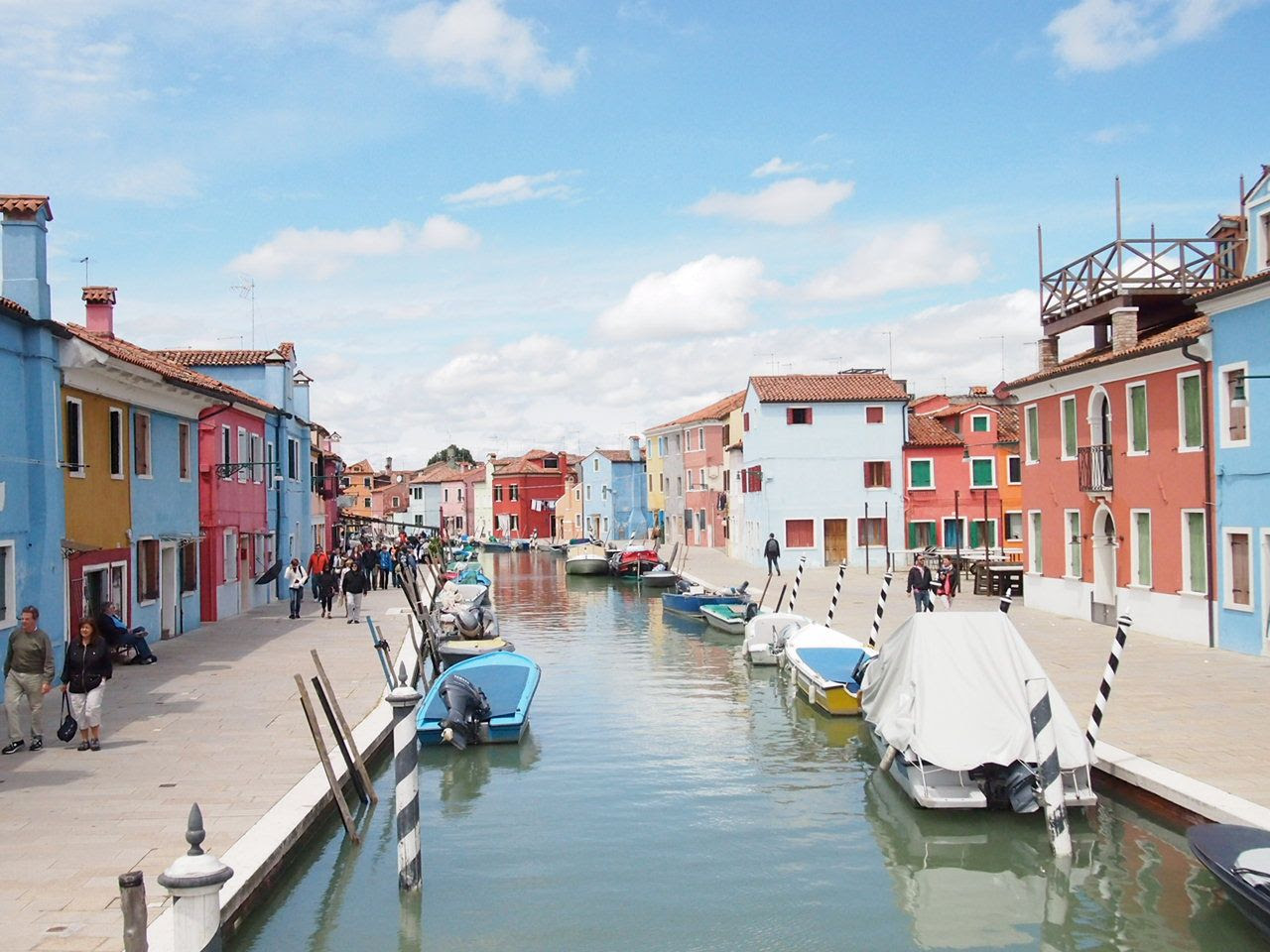 We took a heap of pictures here! This place is perfect. Everything feels slower-paced and laidback. It was relaxing and refreshing just walking around! I'd really love to live here. Away from the city life, in a small, safe and beautiful town.

After exploring the place and taking pictures with a few puppies we met along the way, it's time for lunch! 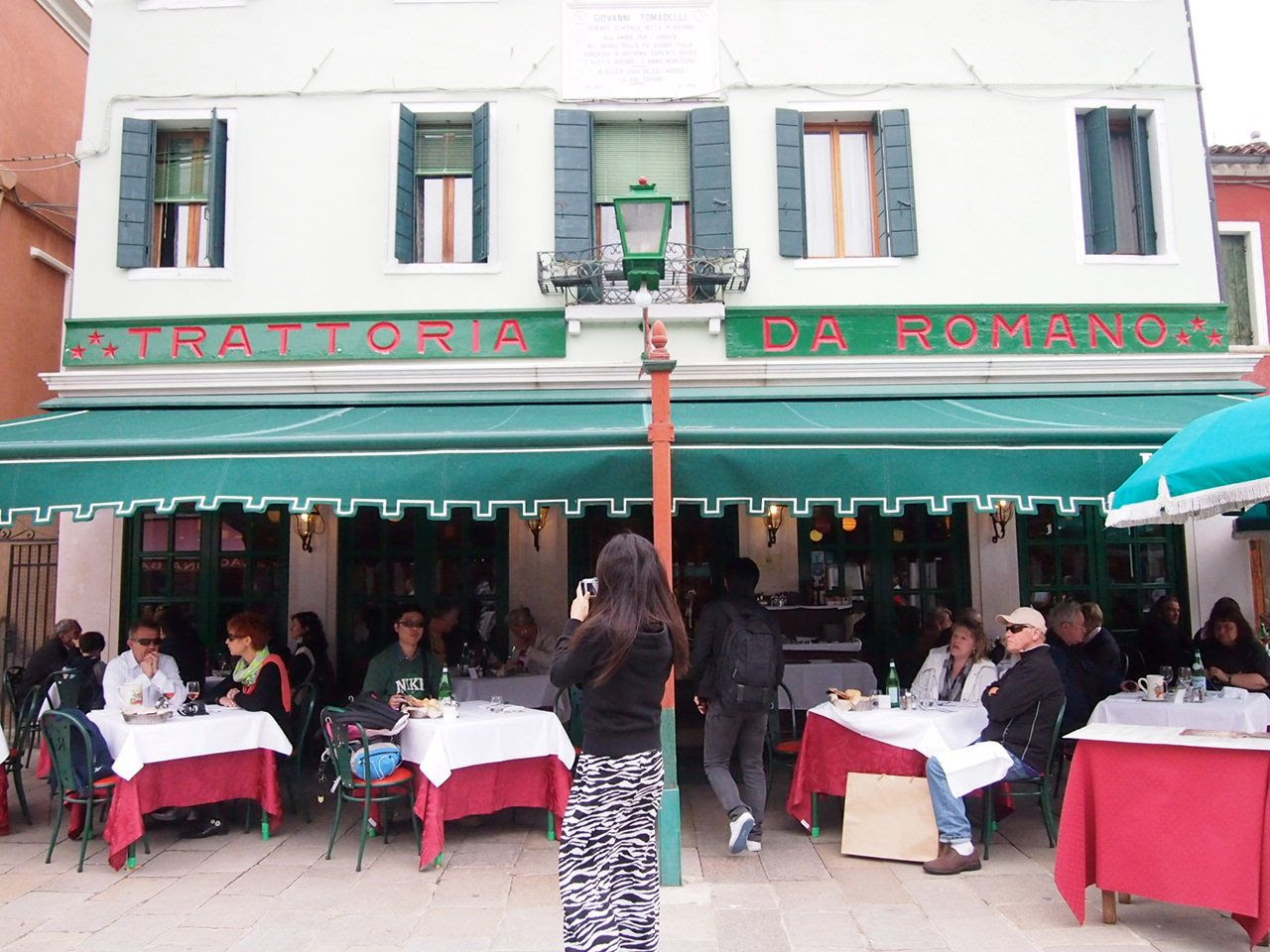 X read online that the best risotto ever could be found here. We decided to go with the Risotto Romano, thinking that it should be the signature dish. Turns out that its a traditional cheese risotto. The risotto comes in a portion meant for two. It is stated on the menu that a single portion costs 18 euros but it's a must to order a portion for two. The texture of the risotto is very different from the ones that we get in Singapore. It's alot thicker, and the rice is not soft or mushy. The grains are smaller and fatter too. It's pretty savory but one can get quite sick of it because of the cheese. I didn't think that it was super fantastic, probably because it's pretty plain. We should have gotten the risotto with shrimp which was 40 euros! Must remember to check whats in the dish before we order next time haha. But well, at least we got to try authentic risotto!

There was a cover charge of three euros for each person and a 12% tax. So the total bill for two plates of risotto and a bottle of still water is 51 euros. That's about $84 sgd which is pretty damn expensive for what we had.


Really super thankful and glad that X brought me to Burano! It's one of the prettiest places I've ever been to!

If you're heading to Venice, be sure to visit Burano!