The artisanal gelato cafe prides itself in serving up affordable sweet fixes. The gelato here is freshly made with no artificial preservatives. Although I thought that the texture of the gelato resembles that of icecream more than gelato, the taste was definitely on point. Waffles + Single Scoop + Additional Scoop - $6.50 + $2.50 +$0.70
We felt that the waffles could be crispier, and it was just a tad too airy for my liking. But when it comes to waffles, especially waffles, taste is highly subjective. Some like it super light and airy, some like it really dense, some prefer a chewy texture while some prefer really crispy ones. So even though this won't make it onto my list of top 5 best waffles in Singapore, it's still pretty decent. We enjoyed the Salted Caramel and Matcha gelato more! Handcrafted Tart + Gelato (premium) = $9.90 + $0.70
We picked the Earl Grey Tie Guan Yin, which was a brilliant fusion of flavours from the East and West, to pair with the tart. The earl grey flavour gets to you first before the taste of tie guan yin kicks in and lingers. This is probably the first time the signature at a gelato or icecream parlour is a homemade tart with caramel floss, presented in an adorable fashion no less, instead of the usual waffles or brownies. The tart is indeed unique, armed with a hard crust and a soft, chewy inside but I felt that it carries too hefty a price tag. 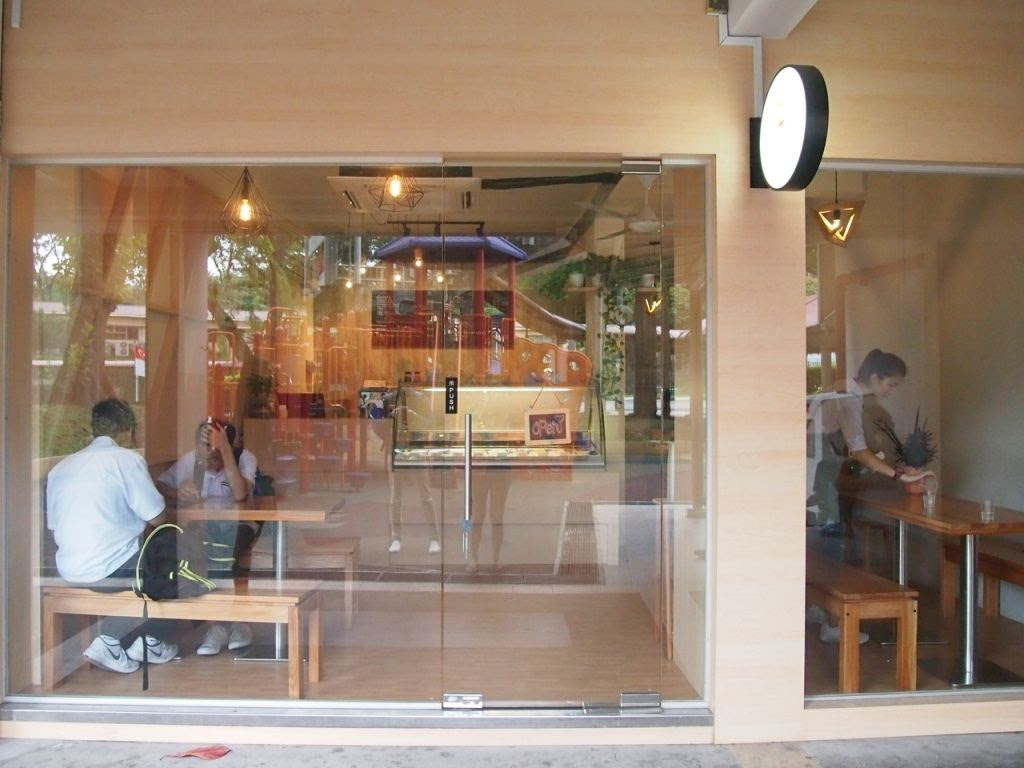 Geometry is a really nice addition to the mature estate. It's just a really short walk from the popular ABC market so it gets really crowded after lunch and dinner.