I attended a brunch workshop led by Executive Chef Ronald Li of Salt Tapas & Bar at Raffles City and was treated to a privileged sneak peek of their new brunch menu. 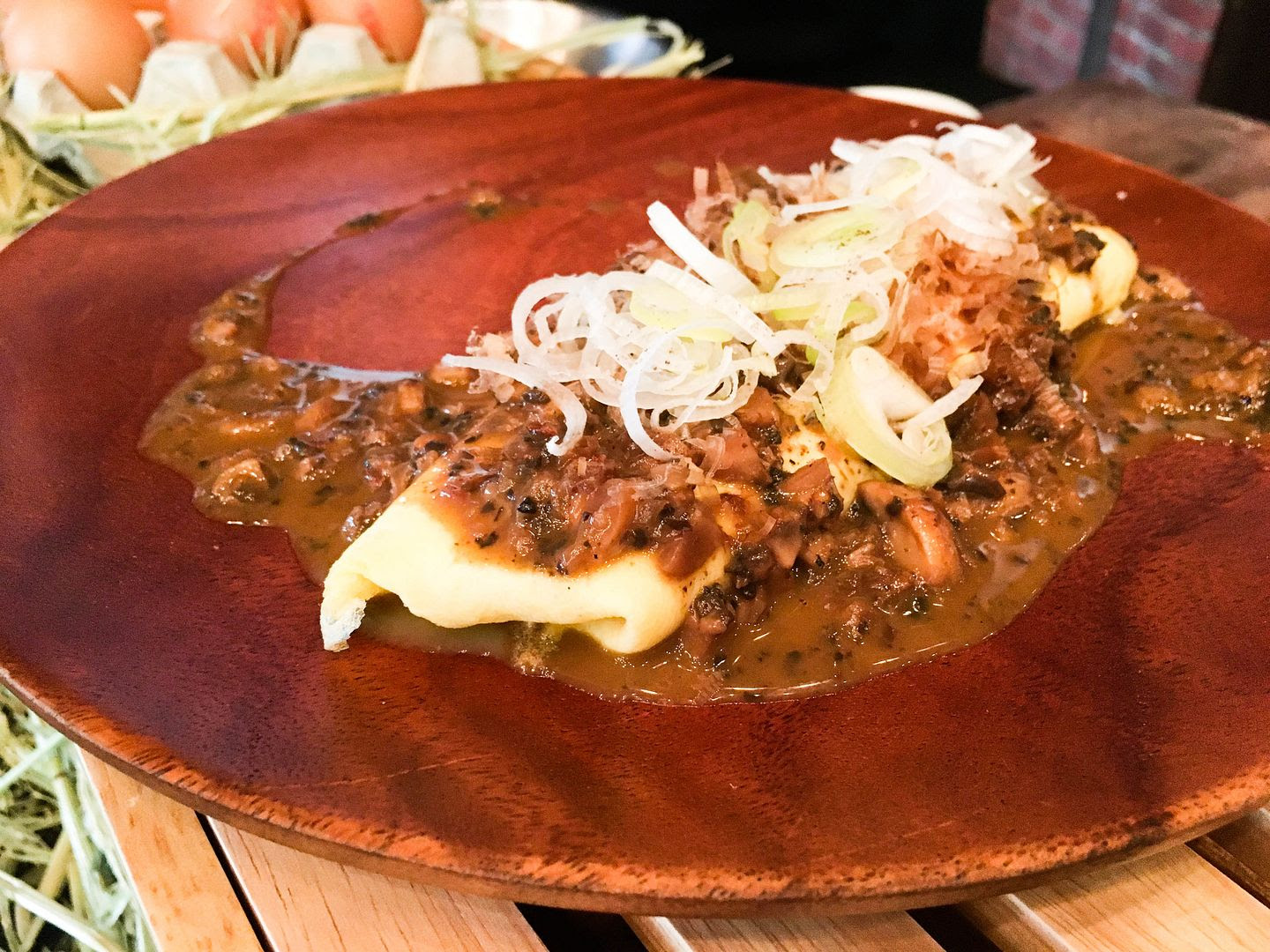 Cigar Omelette with Mushroom Cepè sauce and Green Onions - $15
Chef Li’s technique when preparing the omelette was flawless. He only used simple ingredients like eggs, cream and milk but the omelette was skilfully executed. A tip he mentioned was to let the omelette rest for a minute before folding into a cigar shape. The cep mushroom sauce was a bit more complicated as there were a lot more elements incorporated. Chef Li included shallots, cep mushrooms, button mushrooms, chicken stock, veal stock, truffle salsa and red wine. The mushroom sauce was a good accompaniment to the light and fluffy omelette. 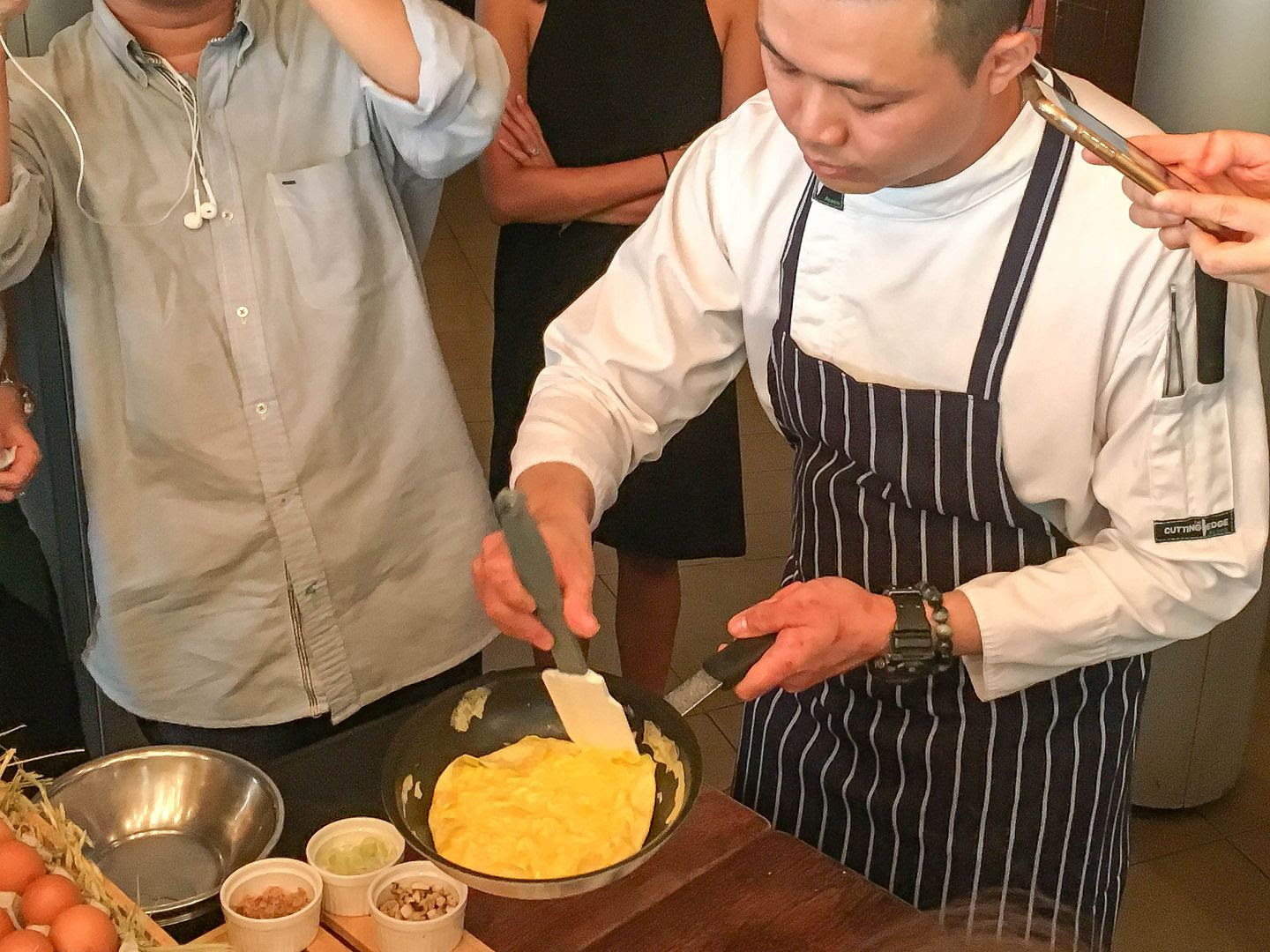 The brioche is soaked for 1 minute in the egg mix. The brioche is then pan-fried until golden brown. 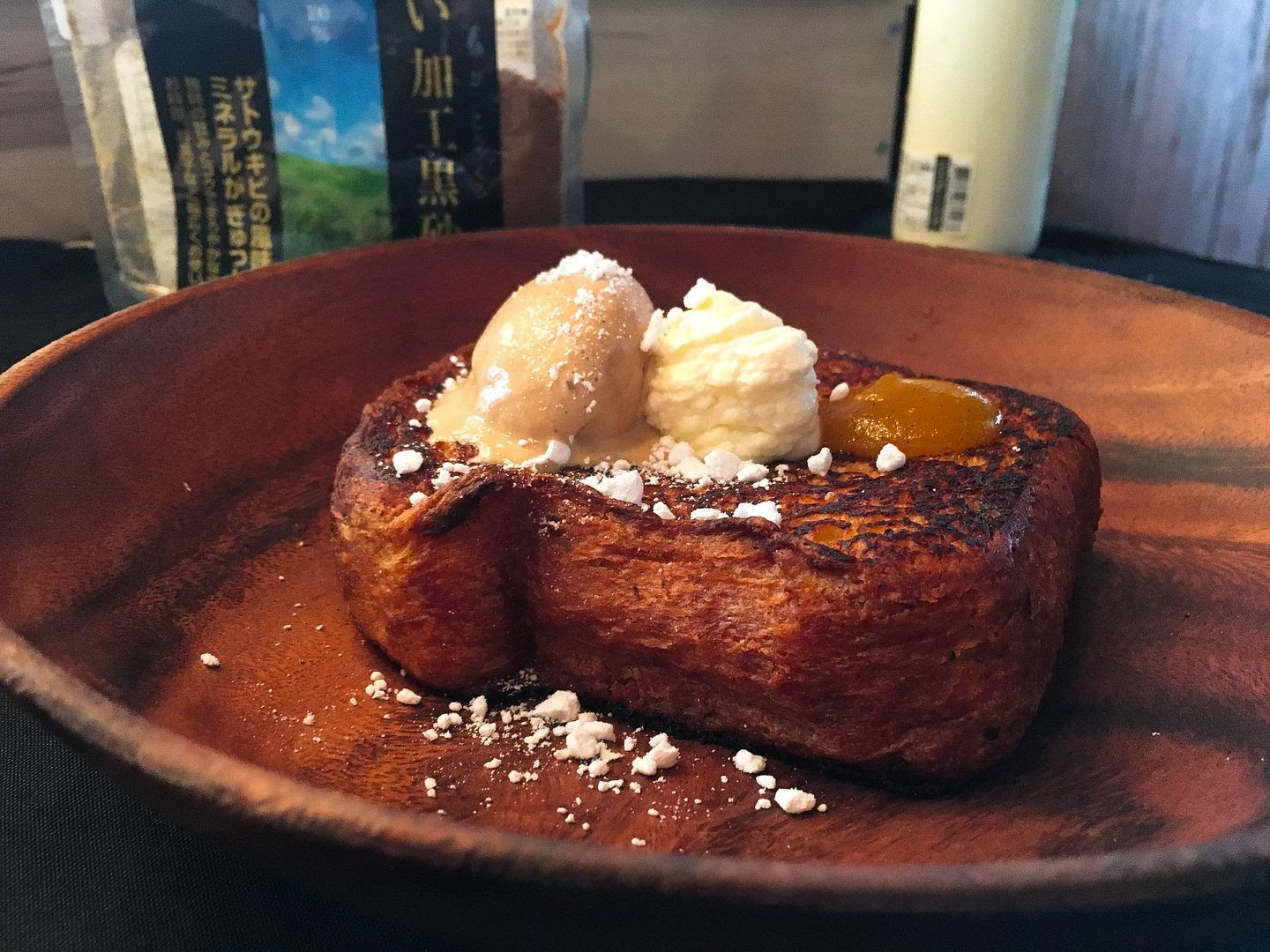 French toast, Okinawa ice-cream, clotted cream, mango pineapple jam - $15
Chef Li’s rendition uses brown sugar to achieve a good caramelisation on the French toast. Also, a brioche is used for the base instead of normal white bread which adds sweetness and richness to the dish. However, what knocked my socks off was the freshly made Okinawa ice-cream! Okinawa sugar is black sugar that is made from sugar cane and popular in Japan and Taiwan. It contains molasses and minerals unlike processed sugar which makes it more unique and flavourful. The ice-cream tastes similar to caramel but isn’t as sweet and it definitely felt smoother. The french toast was an absolute crowd favourite.

*This was a media event