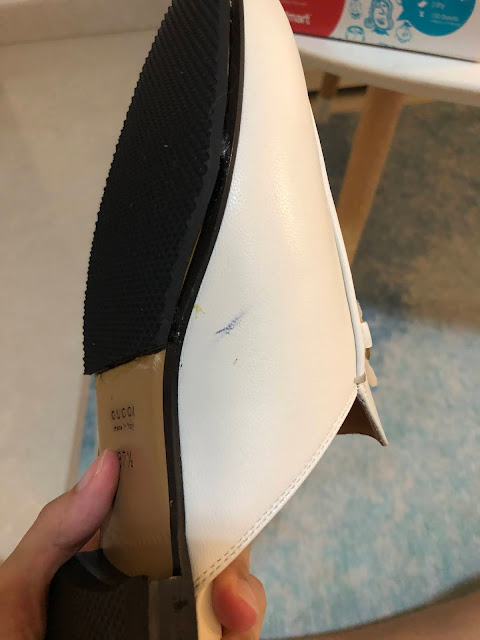 I hardly write negative reviews, I always try to support small businesses instead of well known multinational companies, and I love old folks. So it's sad that I have to write this to warn all of you who ever thought of, or are thinking of, going to the cobbler outside Holland Village MRT station. 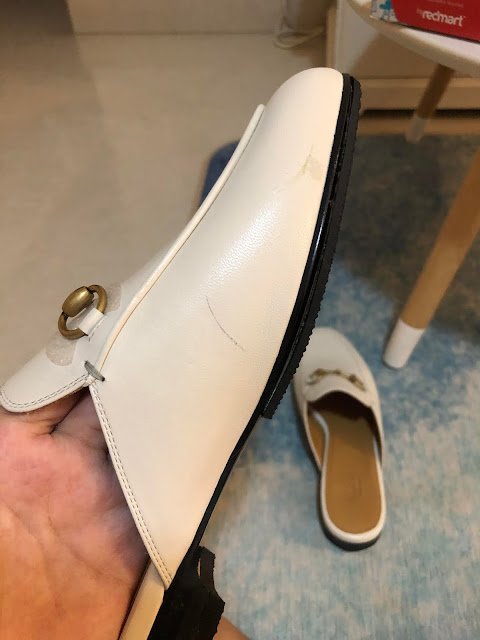 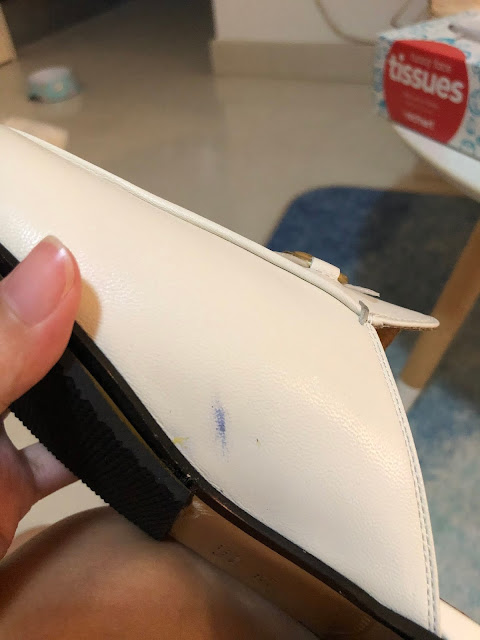 So I bought a new pair of Gucci shoes(literally received it 30 minutes before) and I thought maybe I should protect the sole. Option 1) go to a cobbler to get a rubber sole stuck on 2) buy thin stick-on soles online and do it myself

I picked option 1 because I wanted to support the old uncle outside the MRT. I brought the shoes to him and I asked him "hello uncle, this one can add rubber sole? He replied "can". So he took a look at the soles and he said black? So I was like "err". He then picked up a block and started sanding the soles, effectively scratching all the edges away. I WAS SUPER SHOCKED. Because I didn't even ask him to proceed, and he didn't even tell me the price. He just started work. He sanded the sole very roughly, and dropped the shoe onto the floor, before picking the other side up to do the same. He then proceeded to take out a sheet of rubber from his container and measured it against the sole and used a blue pen to draw on the rubber. From the way he was doing it, I was so afraid that he was gonna draw on and scratch the shoe. It was honestly quite hard to watch so I told him very nicely "uncle, I come back for the shoes later. Hmm can you be gentler? The shoes are quite expensive" and he replied "okay". I came back a few minutes later and I saw him using one very shaky hand trying to pour glue out of a can onto a shoe which was on the floor. I thought that the glue was definitely going to get on the sides of the shoes. He told me to return in 15 minutes

In 15 minutes, I returned, and he was reading newspapers. He told me its $32. I got a shock. It sounds expensive even though I'm not sure what regular prices are. But I would have gladly paid for it if he did a good job. I checked the shoes. There were pen marks and glue on the leather, the thick ugly rubber soles were very poorly stuck on, the brand new leather had stretch marks, and there was glue on the original sole. I asked him politely about the marks and he raised his voice and said the "marks are very normal, confirm will have,  they will fade away".

I was so shocked, and so upset. There's nothing I could do but leave. I can't even begin to tell you how much I regretted going to the cobbler, especially when I didn't even have to get add-on soles at all. I keep beating myself up over it because all these could have been avoided if I just decided to keep the shoes as they were. I haven't even worn it a single time, and it already looks bad. The pen actually tore into the leather, and the marks can't be "erased" or wiped off. I tried toner, and olive oil and vinegar.

I posted about it on social media and so many people commented on how poorly done the shoes were, and how they're so upset for me. I was even told that I was ripped off, it shouldn't be so expensive. I LEGIT DIDN'T EVEN HAVE A CHANCE TO SAY "NO I DONT WANT". He just started sanding the shoes?!? I was so shocked, I was looking at the soles being destroyed and I didn't know what to say. How could he do that, and how could he not even tell me how much it was, and just expected me to pay for the shitty job that he did to my brand new shoes. UGH

Please avoid the cobbler at all cost, unless you're fixing some cheap shoes that you don't mind being poorly fixed. PLEASE DON'T BRING EXPENSIVE SHOES HERE