Follia sits in the midst of a private housing estate and it's a pretty popular spot for the residents living in the area and diners who sought authentic Italian cuisine. Albeit a little inaccessible, Follia has a couple of pretty outstanding dishes that might just be worth the trip. The Osso Buco alla Milanese was my favourite dish of the night. The saffron rice paired up pretty damn well with the wonderfully executed veal that has been braised for four hours. We had some white wine and homemade bread to start the meal. The bread was thin, crisp and delightfully fragrant Patate Pancetta e Taieggio
This was a crowd pleaser. Potato with onion, bacon, ham and taleggio cheese already sounds like a winning combination. What more when it's fried and baked to a nice shade of golden brown? You just can't go wrong with this Squid Ink Tagliatelle
Handmade daily, this squid ink pasta might just be right up your alley. I thought the tagliatelle was slightly overcooked as it was a little softer that I would have liked. Apart from that, the dish is a pretty intense one that's packed full of flavours with a generous portion of seafood 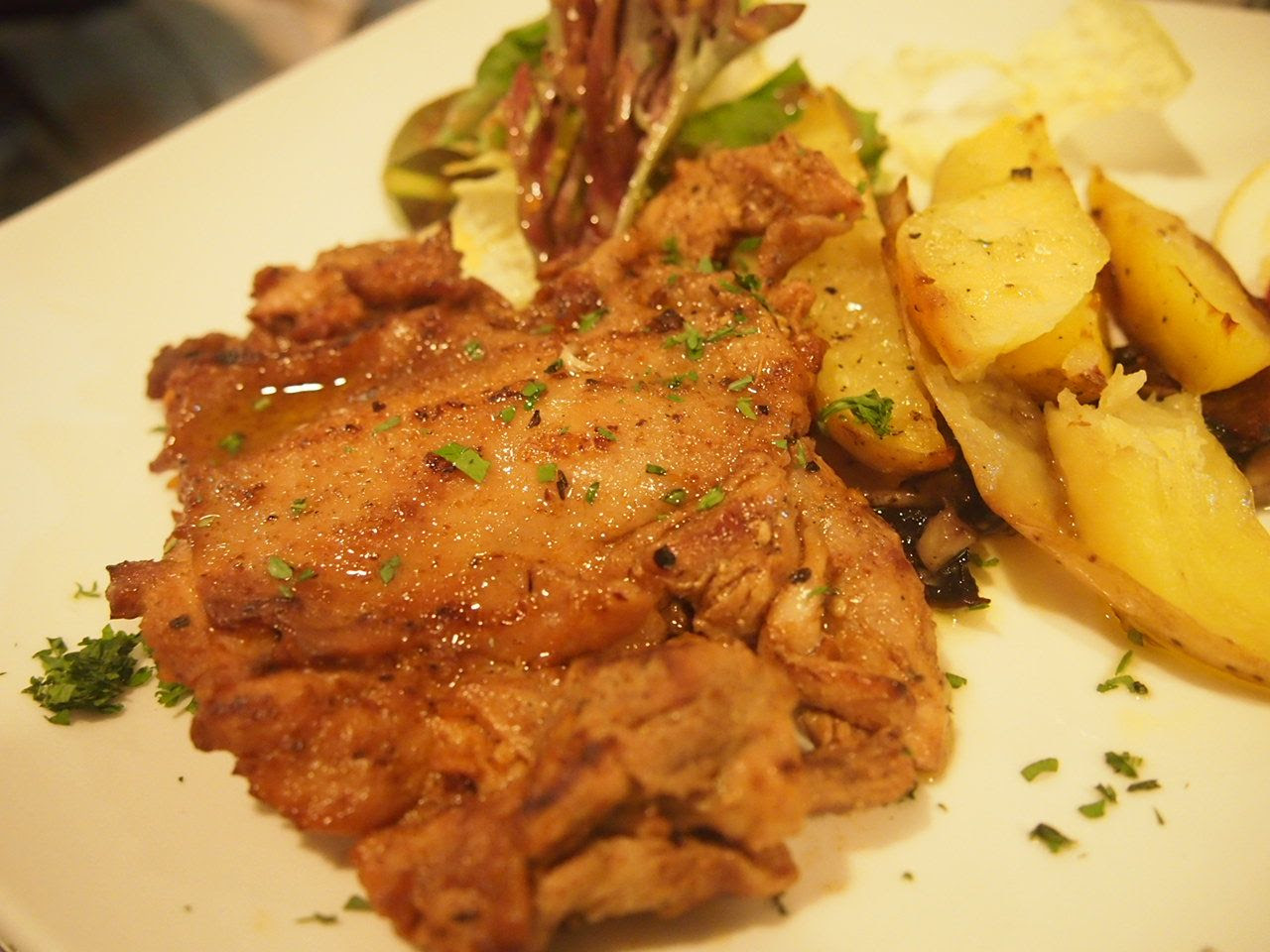 Pollo alla Diavola
Known as the "chicken from hell", this piece of poultry marinated with chilli pepper is nothing short of a tongue-numbing experience. I've always thought that most Caucasians don't do well with spices and chilli so I was all like "how spicy can this be?" Little did I know that one bite was all it took to wipe me out. You've been warned. Order this at your own risk! Panna Cotta
The Kirsch rum-infused panna cotta was firm and sturdy, and creamier and milkier than most others that I've tried but I enjoyed the light sweetness and the texture very much. Tiramisu
Possibly the most drugged tiramisu that I've ever encountered. This was heavily laced with multiple types of liquor, resulting in a potential buzz should you have a weaker alcohol tolerance than most. Not my kinda dessert, as it was pretty bitter.

Now, if you're interested to try the food at Follia, you'll be pleased to know that I'm giving away five $20 vouchers to five lucky readers. All you have to do is

Giveaway extends to residents in Singapore only and ends on 20th October at 2359.
Good luck! (:

*This was a media tasting